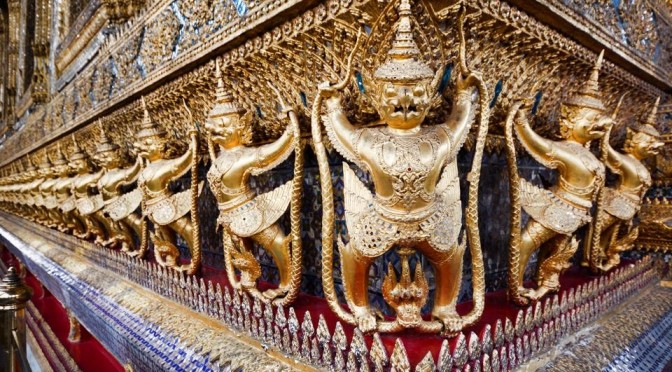 We made our way to the Sathon Pier (near BTS Saphan Taksin). There were many little piers, which was a little confusing but we finally found the one we wanted. The Chao Phraya Express Taxi. You get a book detailing the attractions at every stop and which coloured boat to board to get to these stops. Very handy. 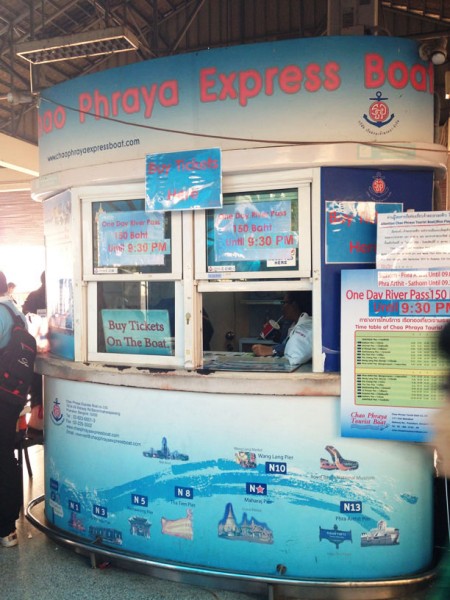 Anyway, these few places have been listed on many travel sites as ‘must-see’s for first-timers in Bangkok. In other words, there are already way too many resources out there. We’ll be sharing some photos taken, but won’t be writing too much on the individual places. 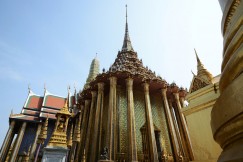 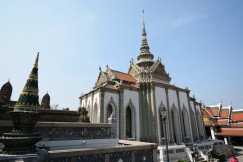 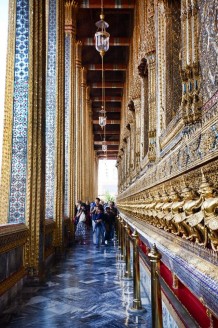 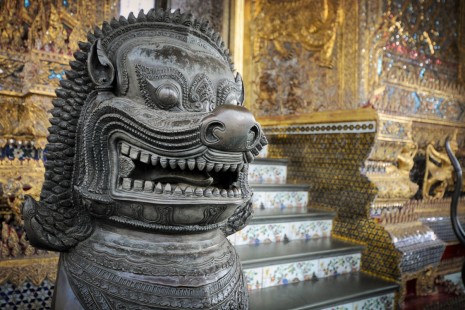 We almost backed out on entering seeing how hefty the price is. But after all that effort getting there (and it was scorching hot that day), we decided to give it a shot. And we’re sure glad we did. For those who were wondering, we felt the architecture and art in there was completely worth forking that amount out. Also, it’s good to see how a proper palace ground looks like, as it allowed us an idea of how those ruined buildings might have looked like, once upon a time, in Ayutthaya. 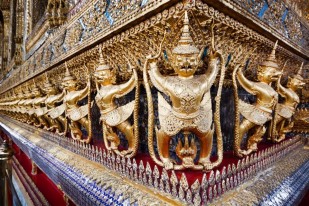 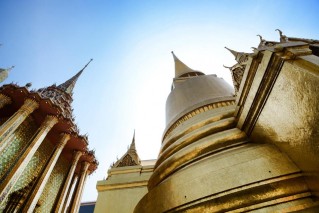 They also have a strict regulation on clothes that they do follow. In fact, they have temple “guards” who seem to be there solely for the purpose of pulling visitors aside if they have appropriate attire on. You’d then have to queue to rent pants or tops from a different counter. It’s a long queue, so make it easier for yourself and save the sexiness for later. We usually cover ourselves well when we’re visiting religious sites anyway so we were happy to skip all the drama. Appropriate dressing, to them, means no bare shoulders (short sleeves were actually also okay), and pants that go right down to your ankles. Males are not excluded from this rule. We saw guys in three-quarters being pulled aside as well. 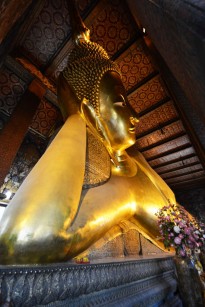 What people really love to see here is the loooooong reclining Buddha. Aside from the reclining Buddha, the architecture around the place is just as interesting, if not more so. 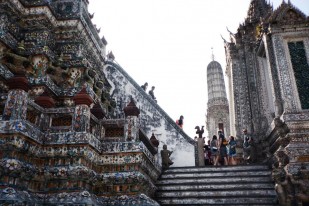 In the temple next to Wat Arun. 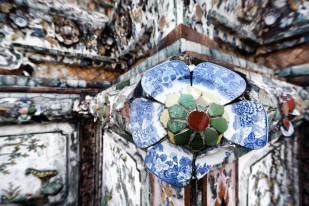 You have to take a boat over to the other side of the river, from the pier closest to Wat Pho (Pier 8). Price of boat ride is only 3 Baht. This was probably my favourite temple of the three. The usage of ceramics was really unique and beautiful. The steps up were pretty steep though, but the amazing view up there was definitely worth it.