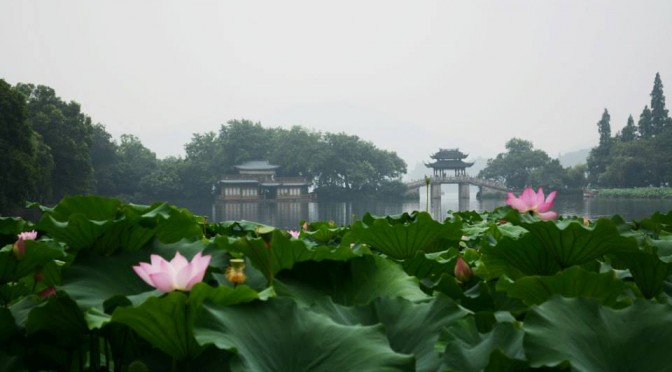 It’s been the hottest summer in Shanghai since 1873, according to local news. Seeing it’s my first summer in Shanghai, I don’t have anything to compare it to. What I know for sure is that it’s almost 10 degrees cooler in Singapore. I never believed any place could feel hotter than Singapore but we are always proven wrong about something some point in our lives.

Hangzhou being in Southern China, and close by to Shanghai, suffers the same fate. D and I did a two day two night trip there recently (departed on Friday, back on Sunday). It was a nice indulgent weekend staying at the Four Seasons Hangzhou. Probably one of the best hotels I’ve ever had the pleasure of staying at. The spa’s easily the best I’ve ever experienced. But that’s a topic for a different time. 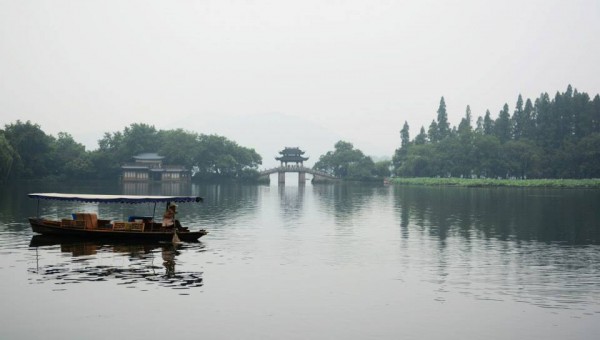 Despite the temptation of just locking ourselves up in the cosy beautiful room, we braved up and ventured out into the scorching heat. It happened to be a pretty cloudy day, which made the heat a bit more bearable (temperatures were still in the 30s) though pictures ended up a bit washed out. Despite all that, one can certainly understand why Marco Polo called it the Paradise of China. The heat and crowd aside, the West Lake was a true beauty. 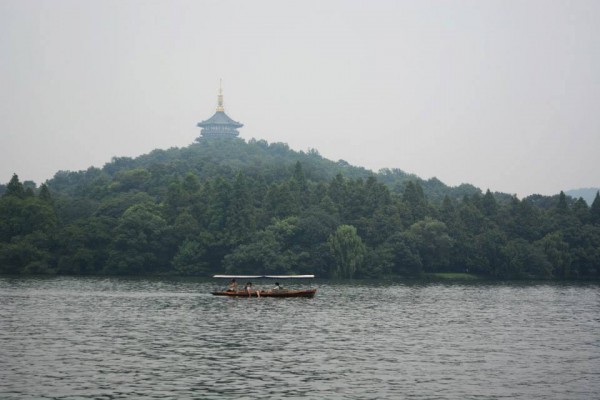 We walked down the long Sudi causeway (almost 3km) within the Westlake. There were many people on bikes (probably the smarter thing to do), and along the embankment was a little jetty with boat services to ferry you across to the Three Pools Mirroring the Moon (really strange names in English).

We made it to the Leifeng Pagoda where the Legend of the White Snake revolves around. We got quite an aerial view of the entire lake from the top of the Pagoda. 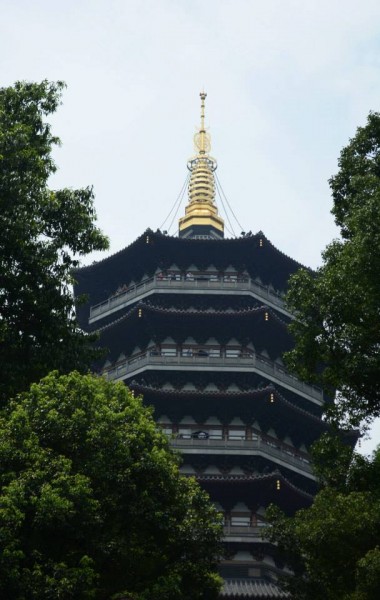 The Three Pools Mirroring the Moon is said to be prettier in the evening, especially during a Full Moon. In the day, it just looked like a simple tiny island. While waiting for our boat heading back, I got hit by something pretty hard on the side of my neck and my hand. Almost immediately, there was a sharp gnawing pain where the impact was, and I saw what hit me – the bushy caterpillar that had fallen and was wriggling on the ground. I never knew caterpillars’ stung with their hairs. I guess I learnt the hard way. (Actually took me about two weeks to recover from the stings).

By then I was desperately trying to remove some hairs that were stuck under my skin, while the areas affected started glowing red and swelling. Soon after, my right arm was completely paralysed with pain. (Explains the lack of photos at the end of the day) Very upsetting twist to the day.

We managed to get back to the hotel, cleaned up the area and rested before charging out for the Impression West Lake Show. The show was produced by Zhang Yimou, the man behind the opening and closing ceremonies of the 2008 Beijing Olympics. So, an epic performance we certainly expected. The light displays, moving majestic props on the water, and the 300 actors definitely transformed the West Lake into something quite magical. Of course, while all these were happening, our neighbours were snapping photos away with their huge full-frame DSLRs…on automatic, and flash activated (at night).

The muscles in my arm started to hurt quite a bit again then, so we had a quick dinner after, and called it a night.

One thought on “Hangzhou: West Lake”