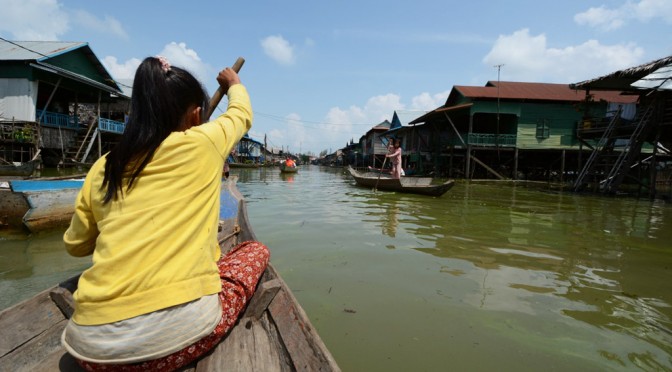 Our first full day in Siem Reap was actually not immediately spent at the temples, but instead we ventured south to the floating village of Kampung Phluk in Tonle Sap. Tonle Sap is the largest lake in Cambodia and huge it really is. It is probably the size of an entire small city, or even bigger. 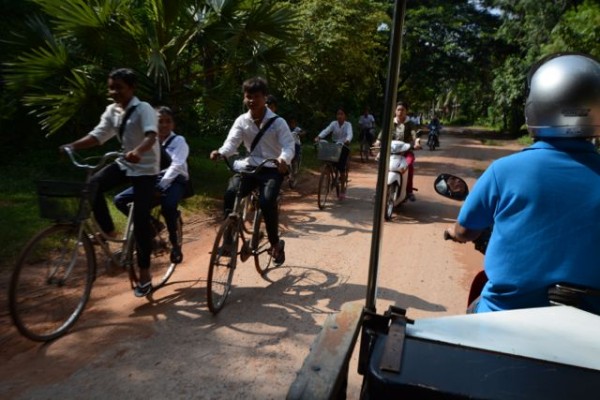 The tuk-tuk drive itself was worth the trip. Driving through small villages with children swimming in flooded fields, running around, kids riding bicycles or walking to school, cows lazing in the sun. It’s definitely heart warming to see much more kids in Cambodia being able to attend schools now than it was before. That’s always a sign of progress, no matter how slow it may be. 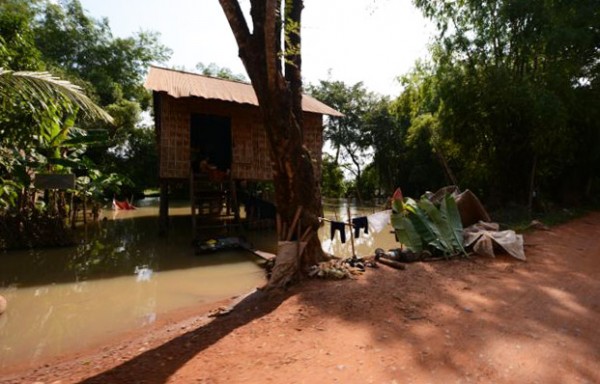 Despite already looking at how huge the lake looked on the map, it wasn’t until we got on the boat to go to the floating village that we discovered just how big it really is. It took us about 45 minutes by a motorboat to arrive at the destination. It was a relaxing ride in, but at one point after seeing only water and underwater trees, we started wondering if we were on just a blind ride around the lake without a specific destination. The boat driver speaks no language aside from Khmer, so we didn’t have any other choice but to stay and wait. 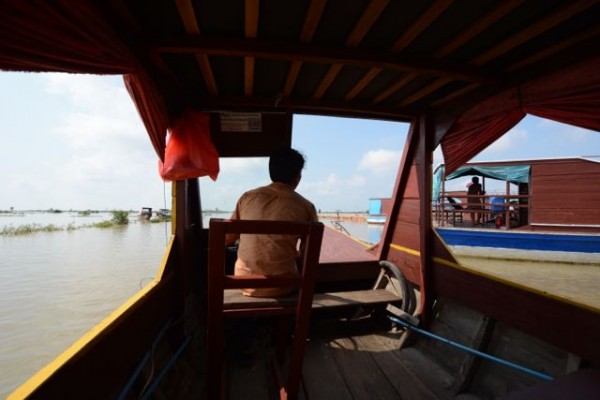 Surprised us, he surely did when we finally see floating civilisation in the distance. We wanted to chest bump in victory. We stopped by a rest stop where we could swap transportations and get on the small boats rowed by elderly locals or the older children of the village for US$5 for both of us. It was part of the various ‘sustainable tourism’ projects in Cambodia. 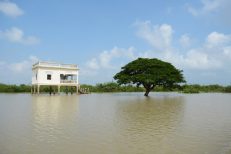 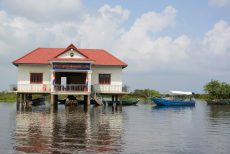 There was actually no hard selling – we had the option to just return back to shore on the motorboat but we decided to get on the smaller boats. These smaller boats allowed us to get closer to the villagers, and meander through the narrower routes within the flooded forest and houses. 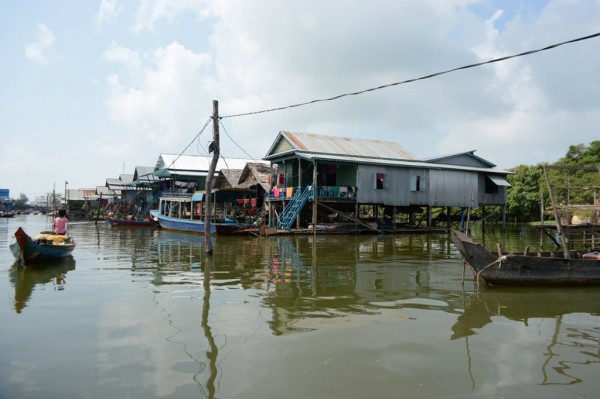 We actually ended up enjoying it so much more than the motorboat and there were plenty of photo opportunities waiting for you at every corner. The best part of it all was how few tourists we saw throughout. It might have just been luck.

It was quite surreal to see the kids swimming around freely, and travelling around the lake on their own on boats or even little basins. Almost like little people.

The kid was waving at us the entire time though the picture didn’t look it. 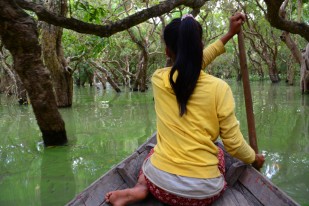 Through the flooded forest.

One major downside of this place is the initial ticket for the motorboat into Tonle Sap. Most often, you will get the boat entirely to yourself but as many will learn, the ticket offices there share commissions – and do not have a standard ticket price listed. In other words, if you’re lucky, you’ll get it cheaper, if not, you’ll be severely ripped off. We knew this beforehand, of course, but still wanted to see the lake for ourselves. Try to haggle when you can. The average you get charged on should be US$20-35 per person which is already pretty steep for Cambodia. The lower you get, the better. There are also group tours you can get out there if you’re not interested to fuss over the prices.