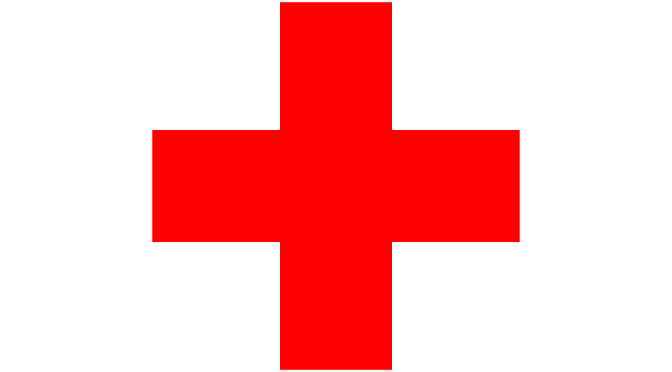 Accidents happen. They really do. And most times, there’s a not-so-cool story behind them. At the same time, you gain some lessons from it too. For example, the precious lesson of knowing where to go when you have an absolute real emergency (TLDR: List at the bottom of post).

My best friend was visiting us in Shanghai. She’s a dog owner, and has a gorgeous sheltie back home. She decided to get some new toys for it in the pet store nearby. Right outside the store though, was a scrawny little cat who looked like it had been starving for days. It was mewing incessantly and that was all it took for us to agree on buying a can of cat food for it too.

So we did and that’s when it happened. We’d just had a nice relaxed oil massage just before and retrospectively, it might not have been a great idea to be opening a can of cat food with oiled hands. My friend struggled to pull it up and when it finally did, my hand ended up with a deep gash and her thumb some scratches. My index finger had just been accidentally sliced up by my friend. We both started panicking and rushed to the pharmacy across the road.

The pharmacist offered no help with bandages and whatsoever, just a straightfaced “You have to get to the hospital”. Unfortunately, it was peak hour 6pm on a Friday when it happened and people were happily stealing taxis from one another. There was even a European couple who looked over at me but chose to turn away and hop on the taxi in front of us. Hope in humanity was lost.

We decided it was not worth fighting out for a taxi at that point and waited for D to pick me up with the driver. All the while he was making calls to all the hospitals and clinics nearby on his emergency list (Parkway Health, Raffles Medical, Xintiandi Clinic, GHC, Gleneagles) and our local driver was checking local hospitals – the results were that either nobody picked up their 24 hour emergency hotlines (Raffles Medical), or the doctors have left their shifts on time and there’s nobody available for emergencies.

In the case of Parkway Health, the conversation went as followed:

PH: Your partner has to come back tomorrow as there are no more slots.
D: No, like I said it’s an emergency, she’s still bleeding.
PH: Yes, I understand but she still needs to make an appointment.

Additionally for most of these places, the doctor can merely access the situation but in the case where stitches are needed, they’d have to turn you away anyway to a bigger hospital. Good to know.

We went straight to the Shanghai United Family Hospital next to Changning District Hospital. That’s the place where a good friend of ours was brought to in the middle of a weekend night when he broke his arm (This year’s been adventurous). Shanghai United was the only one who sounded really welcoming over the phone and told us to head straight over. The whole process was quick and professional. Instead of stitching, he “glued” the skin back and bandaged it up. Everything was explained clearly, jokes were exchanged and I was out again.

The hospitals I’ve since learnt have proper 24 hour emergency departments:

Shanghai United Family Hospital
(Changning) 1139 Xianxia Lu
+86 (21) 2216 3900
*Do note that Shanghai United has other branches including Pudong but from our knowledge, the Changning branch is the only 24 hour branch.

Local Hospitals
*At the local hospitals, level of English is still quite minimal, some Mandarin would be handy. Having said that, some doctors speak additional foreign languages like French or Japanese. But in emergencies, you never know which doctor is available.

So it might be far easier if the emergency happened in the day. I’m not sure if the doctors at your nearest clinic would actually turn you away if you turn up broken up, or bleeding over their reception desk. In my case, it happened during the end of a shift, and it being the peak hour and we were stuck in traffic, we didn’t dare take the risk to try out a random hospital only to be turned away. We decided to go straight to a tried and tested emergency hospital instead.

One thought on “Shanghai: Medical Emergencies”