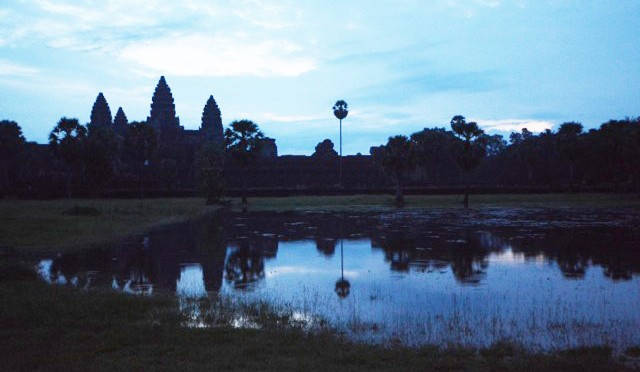 On the second morning of our trip, we were picked up by our tuk tuk driver at around 5am. It’s been the earliest I’ve been up at in awhile. That itself was pretty refreshing – experiencing the early morning drive to the temples in pitch darkness. The roads had no lights, and vehicles of all sorts only had their own lights to depend on. It was a pretty chilly morning for Cambodia, and the fresh air was inviting. 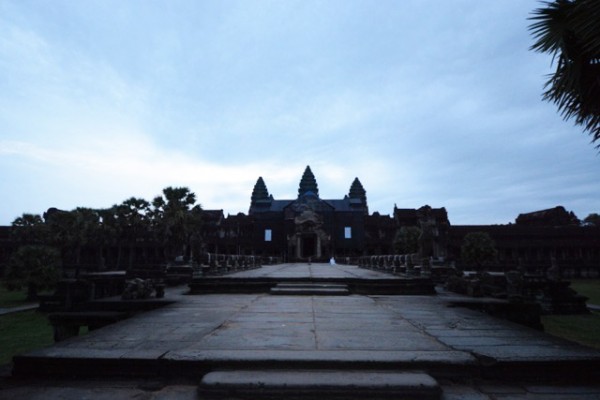 We arrived at the Angkor Wat entrance at about 5.30 or so, which gave us quite some time to make the walk into the temple and find a place to settle. We actually knew we weren’t going to see a proper sunrise that day (It was raining in the night and the clouds were still overcast by morning). But no matter, seeing the temple so early was an experience just as well.

I enjoyed being the first few inside the Angkor Wat (which can get pretty overcrowded by midday), and the tuktuk ride into the compound in pitch darkness. 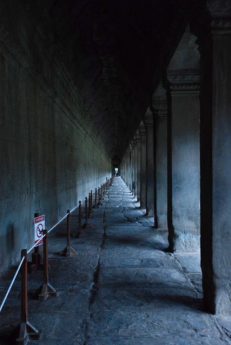 The Angkor Wat all to ourselves! 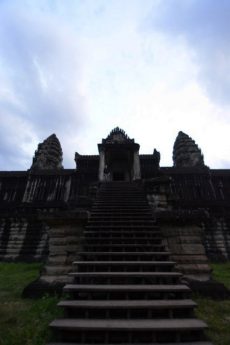 The Angkor Wat all to ourselves!

We also took away some observations which some of you might find handy to know before your own Sunrise at Angkor Wat experience. 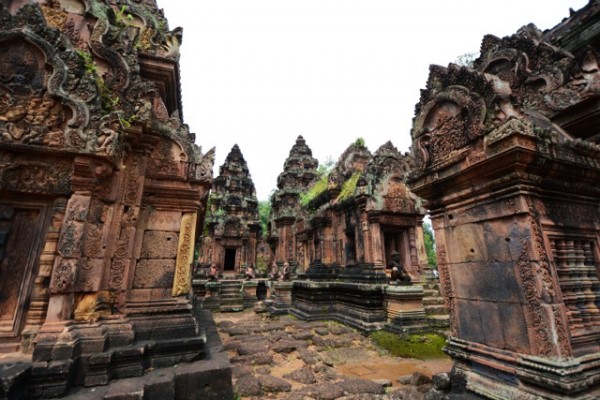 After the early start at Angkor Wat, we made a quick trip back to our amazing hotel Shinta Mani, for a great early breakfast and a short rest, before tuktuk-ing off the maps to a temple far far away… Bantaey Srey. Of all the more famous temples, Bantaey Srey is still mostly untouched and unrestored so it’s quite a lovely thing to see. It is much smaller than Angkor Wat or Bayon, but it still emits a very strong presence.

As we passed by all the smaller temples,  I realise my gut was right all along – I knew I’d love the smaller temples more. They’re just so old looking…and untouched, and falling in disrepair. :/ Bantaey Srey was stunning – in all its muddy red glory. 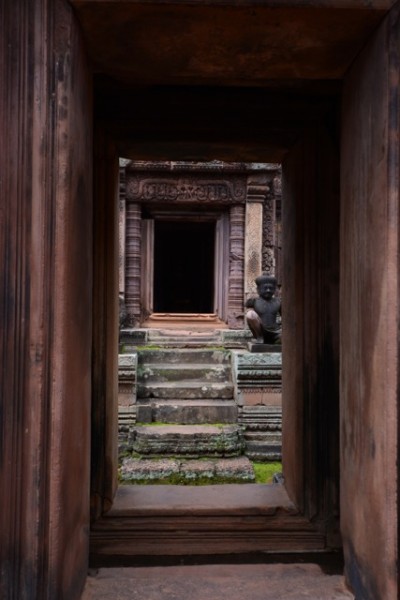 Due to its location being much further off, the number of tourists that visit is also far lesser. D prefers a quiet temple completely lost in the jungles, and this was the closest we got to that… Though not close enough. Beng Melea sounds a better fit. But that’s another temple off the grid that we’ll make time for, next time.