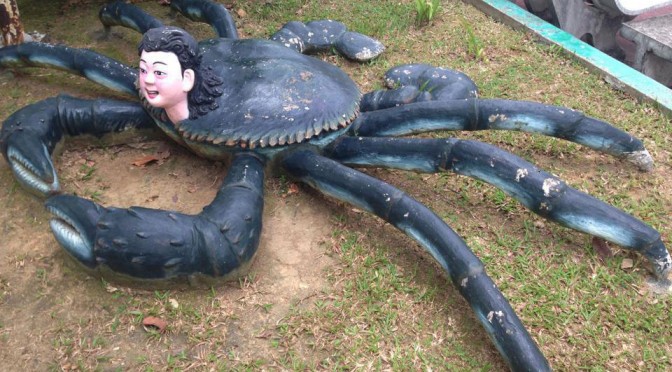 [Having been back in Singapore for two weeks, I’d decided to squeeze in as many friends, and sights I’ve missed, in my itinerary. And I’ll be journalling some of these places here. My bulkier camera was left in Shanghai and photos were only snapped using my phone this trip. So, forgive the photos.]

I was actually checking out the galleries at Gillman Barracks earlier in the day, with my friend Tim. We happened to see a photo of the “Crab-Man” from Haw Par Villa in one of the galleries’ installations, and Tim then mentioned Haw Par Villa was actually close by. I’ve not been back there since a child of 5. So the idea of revisiting this place after so many years was quite inviting. I was curious to see just how much of it was still similar to memory.

Back then, the park was still charging entry exorbitant fees which they’d since revoked because it was somehow deterring people from ever going back there. Haw Par Villa became a forgotten site over time, and “just another memory from the 90s”.

Haw Par Villa had quite a number of visitors when we visited in the day, much to our surprise. With the free admission now, things were noticeably different – the star of the park, the 60-metre long dragon tunnel ride has been demolished, lots of puppet shows and plays no longer played there. 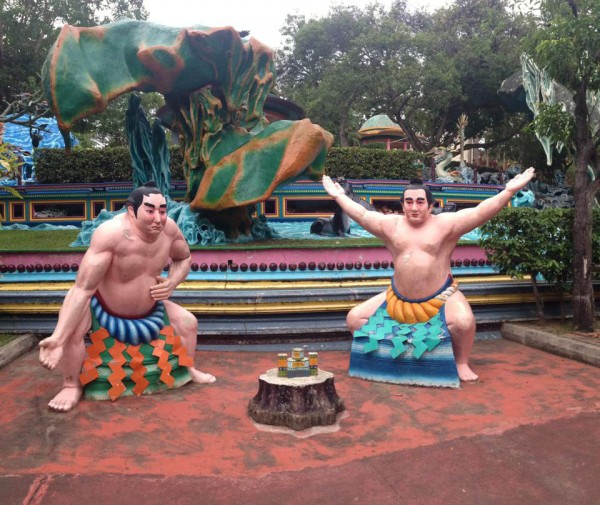 Now that I’m older and can actually take in the displays in the park, I wondered to myself how such a place would ever be a good place to bring young children to. I believe I was crying most of the walk through the park when my parents brought us there. Statues of images of hell, reincarnation of a man into a crab, bleeding skulls. I remember the dragon boat ride was the worst of all. 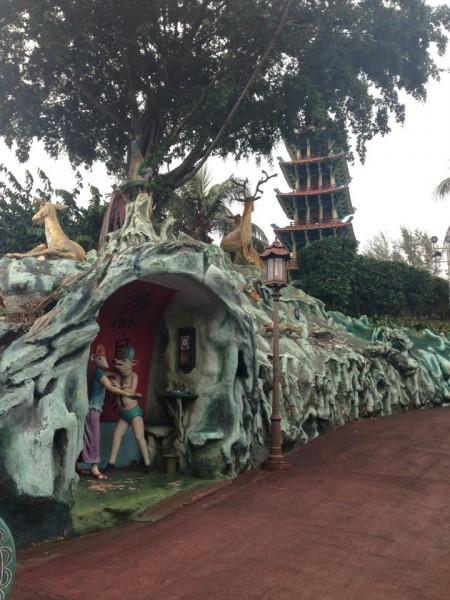 The dragon structure was placed in the middle of the 10 Courts of Hell. You’d board this wooden covered boat at the entrance of the dragon mouth, that would ferry you across 60 metres to the exit on the other end. The ride goes on in complete darkness, with loud recorded voices and screams enacting the scenes of hell blasting through the speakers in the tunnel. At certain points in the story, some ambience lights would flash up to reveal the deadly looking statues surrounding you in the tunnel. How absolutely terrifying for an adult, and far more for a child! 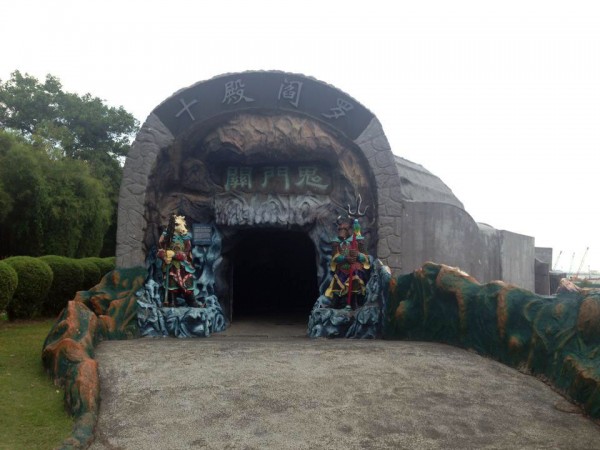 We did go into the 10 Courts of Hell and saw that a cave with creepy looking statues replaced the Dragon site. We explored the surroundings but decided we weren’t adventurous enough to enter the dark cave – the statues in the daylight were creepy enough. (I’d skipped snapping photos of a lot of the creepier installations for fear of nightmares.)

Revisit Haw Par Villa (the nightmare of children of the 90s) – check.