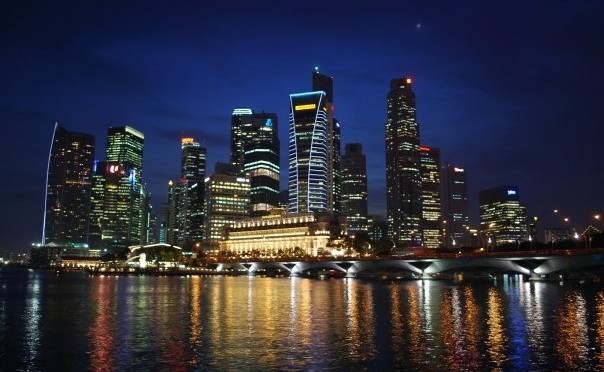 Singapore. A conflicting place of East and West, Old Traditions and the New, Creativity and Censorship, Hawkers and Fine Dining.

It’s always a little difficult to write about a place which has shaped you, where you were born and raised in, which used to be all you ever knew. Simply because, I can never truly be completely objective of the views I have on the city, completely basing how I feel on the subjective and personal experiences I’ve had living here. But I guess that itself can be quite interesting for outsiders to have a glimpse of.

The biggest gift this island-city has given me is the curiosity of all that is different from me, and the acknowledgment that there are various cultures that exist in this world. I grew up in a very rojak (mixed) household. People used to joke and call us the “real Singaporean family” – all the three main races of Singapore make up my family’s racial background. I’m always eager to find out about my migrant grandparents, which eventually grew to curiosity of all cultures that exist, and which inevitably led to my love of travel and picking up foreign languages.

Singapore has definitely changed rapidly through the years. In less than fifty years, Singapore’s said to have emerged from third world to first world. Dad and I are just two generations apart (and he’s a pretty young Dad too), and yet our lifestyles and outlook on things are completely different. He grew up in a kampong, wooden open styled homes, and me, in a modern HDB apartment. Even then, growing up in the earlier days of the HDB, the kampong spirit was still strong. Mum would often leave me in the care of my Hokkien-speaking neighbour, whenever she needed to fetch my elder brother back from school. Everyone was trusting of the other, neighbours are family.

Nowadays, it still happens, but not as obviously or commonly as before. Even though so, I celebrate the richness of cultures we still have. How families are clad in colourful Malay traditional costumes during the Muslim Raya festival, and the beautiful Indian traditional costumes come out on display during the Hindu Deepavali, and the Chinese (though most have now opted to wear Western attire) often stick by their auspicious colours during Lunar New Year. The best part of this cultural mix, is the delicious variety of cuisines – all available in one city in the form of posh restaurants or your casual food court next door.

Singapore is also a very forward-looking city. Which settles well with some, and not so well with others. What I do appreciate of the Singapore today, is that, being a very young nation, she’s still often open to trying something new. New bars, new restaurants, new cuisines, new malls, new sports, new concepts, new experiences. There’s always something new to join in on, or check out in Singapore. Things are always bustling, and there’s always something to do (or eat) 24/7.

Overall, there may seem like there’s nothing much to see aside from man-made skyscrapers, temples, and mosques, but with every guest I’ve welcomed to my hometown – It’s always been more about meeting the people, trying the food, walking around the alleys, and getting a glimpse of all the contradictions and all the variety that somehow worked in making Singapore the gleaming nation that she is today.